Born in 1945 in Beijing, Riken Yamamoto graduated from the Department of Architecture at the College of Science and Technology of the Nihon University in 1968, widening in 1971 his studies with an MA from the Tokyo University of Arts, Faculty of Architecture. He founded the Yamamoto & Field Shop Co., Ltd in 1973 and developed his teaching activities as a Professor at the Kogakuin University Department of Architecture from 2002 to 2007 and as a Visiting Professor and Special-appointment Professor at the Graduate School of Architecture of the Yokohama National University and at the Graduate school of Engineering of the Nihon University, respectively. Some of his most representative works are the Rotunda Building (Yokohama, 1981); the Hamlet Building (Tokio, Shibuya-Ku, 1988), or the apartment blocks Ryukoentoshi (Yokohama, 1992) Under the many awards Riken Yamamoto has won, the most recent achieved by him are: The Japan Institute of Architects Award for the Yokosuka Museum of Art (2010) Building Constractors Society Prize for the Namics Techno Core (2010), Building Contractors Society Prize for the Yokosuka Museum of Art (2008) or the 25th Fukushima Architecture Culture Award, highest award for the Fukushima ecoms Pavillion, SUS Fukushima Factory (2007). 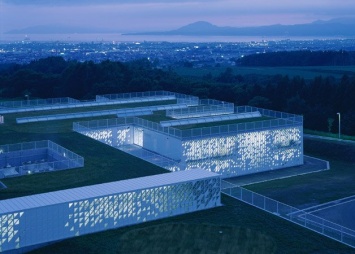 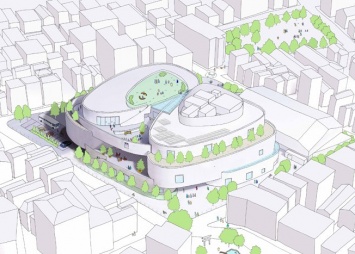 In 2010, in Japan, the average number of people per house was set at 2.0. It is a fact that the traditional family home has changed dramatically. Understanding as the traditional home the one made by parents and children and in some cases some member of the previous generation.

The individualistic tendency of the society is happening worldwide, but in a more pronounced way in Japan. Another fact supporting this theory are the 32,000 people who died in 2010 in Japan, discovered by the authorities and that were not claimed by their relatives or friends.

With these figures as an argument, our purpose is to think about different ways of understanding collective housing, paying special attention to the understanding of the "collective". It is intended to work with a unit of 400 people, that would be thought as a community and to investigate what that implies in a spatial, functional, social, urban and energy way. The project will conclude with the inset of the research in a plot on the Carabanchel extension area.