This year’s workshop will continue exploring the potential reuse of industrial facilities to become dwelling structures and in the context of the MCH, collective housing. We will work around a current topic related with the future reuse of one of the most important industrial complexes in the World, both for its historical importance and its dimensions.

The Packard Plant is a real state assembly of 47 buildings, 40 acres and 350.000sqm. (…) A north-south comb-like structure which seems to have been designed in 1903 to become a city with that same structure, allowing to create housing, to have offices or light industry: Polyvalence of use.
Fernando Palazuelo, Arte Express. Developer of Packard Plant Project

MCH students will work on the design of potential scenarios related to the implementation of residential and mixed-use program at the Packard Complex. The 3-day workshop will be organized in order to attain the best results which will be presented in the format of a short video or as a set of images/collages illustrating a project and a narrative (*) Extensive information about the PPP can be found online, although you can read a resume below. Even if different solutions were given for the different buildings of the complex, developed during 50 years, Packard #10 will be taken as the architectural model for this workshop.

Reuse such buildings is an opportunity to design and invent new typologies of housing, far away from standards, giving more space to each of various qualities and atmospheres.

This is also the opportunity to confront with deep spaces, normally considered un-usefull or lacking quality.

HOUSING / GOOD CONDITIONS OF LIFE
The workshop topic will emphasize on the optimal conditions to live in the city, in a public space, in the neighborhood, in a collective space with the close community, and in the individual space. The city should provide exceptional quality of life by offering a large range of facilities, proximities, and pleasures, as well as a large variety of typologies to fit different needs, expectations and ways of life.

DESIGN BY FRAGMENTS
We will design the project by fragments, from images and situations. Images have always to be close, as if they were made from the inside, being within a situation, a space, an atmosphere, and showing how it is used, and always close to the subject, from the smallest to the largest. They will speak about individual space, about program, about life, about movement, about community space, about public space, about the city, about the relationship with the exterior, the sky, the city, the trees… about relationships between people.

These attentively observed and analyzed images will become catalysts for the project, to define some architectural intentions. Used as space generators, these images become an instrument for research, and the project’s driving force.

Through simple operations of collage, accumulation, sampling, superposition, transformative addition, contamination, every image gains a new dimension and their accumulation generates sequences of spaces, atmospheres, journeys, and even stories, which can lay down the basis of the project.
Encouraging the construction of spaces from existing heterogeneous situations, brings the practice of architecture toward filmic composition and thus stimulates an altogether different manner of addressing the project that comes close to that of the filmmaker. By means of the sequence of events, the filmmaker constructs spaces around the actor(s) and by means of the movement of the actor(s). Thus the filmmaker makes the details first — the (cinematic) "plans" — which, once assembled, constitute the film, as opposed to the architect, who makes the whole first and then deduces the details from it.

This active modus operandi places the importance on fragmentary thinking.

GUIDELINES:
During the workshop, students are invited to address the following guidelines:

Work on urban housing conditions offering similar qualities of living conditions of an individual house with a garden in a suburb: private access, relationship to outdoor spaces, undefined spaces, or relation between public-private. Houses should be simple, generous (radically different to the standard), affordable, intelligently built, pleasant, flexible, open to appropriation, plausible (possible for everybody), and the housing shall include a variety of typologies.

Design innovative housing "typologies", open to flexibility, to self intervention, adaptable to a wide range of inhabitants.

Create a mixed use neighbourhood, providing different functions, private and public, different levels of facilities and public use.

Support or infrastructure: involves the primary spatial organization of the structure, accesses, circulation, services. Represents what is more durable in a housing building and, and less open to change.

Infill: include all that is contingent and subject to more frequent transformation: partitions, fittings, interior finishes, individual mechanical equipment…

Students will work in groups of 3-4.

Packard Motor Car Co produced luxury cars since the turn of the century. Its new factory located in East Detroit was operative from 1903, quickly growing to become a huge building complex of more than 300.000 sqm, occupying 16 ha of land and hosting up to 40.000 workers at its peak. Packard became architect Albert Kahn’s first major corporate client, for whom he would design the plant’s first 9 buildings in 1903, using the traditional ‘mill construction system’ based on brick bearing walls with small windows and wooden floors with maximum spans of 4,3 m. Packard produced over 700 automobiles a year by 1905, so an expansion to the factory facility was needed.

Packard #10
In 1905 he designed the first building using a reinforced concrete system: Packard # 10. He partnered with his engineer brother Julius, with whom they created the ‘Trussed Concrete Steel Company’, to use what was later known as the ‘Kahn System’, based on the use of their own patent, with specially bent reinforcing steel bars. The building was built on the north side of East Grand Boulevard, measuring 322 feet (98,15m) from East to West and 60 feet (18,30m) from North to south. This was the first industrial building in the world to emphasize a large, productive floor plan without the interference of columns. A double bay structure of 9,15m wide, run along the 98,15m building’s depth. Along its centerline, columns were spaced 9,8m supporting a central girder, and transversal beams spanning 9,15m, rested every 4,88m on its respective column along the façade, and on the central beam. No girder was needed along the façade, allowing for maximum natural light surface. On the exterior the structure is simply exposed, framing a 0,95m high brick spandrel with a concrete sill, and the rest is filled with standard steel sash, operable windows, 3,2m high. Originally built as a two story building in 1905, Building #10 was prepared for future extensions, and two additional stories were built in 1911. Building # 10 served to replace the old ‘mill construction’ buildings and also as a model for future extensions to culminate Detroit's first large auto plant, and America’s first reinforced concrete auto factory. The ‘Kahn system’ offered fire resistance and allowed for long span open floor space, larger than those provided by wood construction. Shearing stresses of solid-slab construction could be maintained better than wood or steel and few supports meant generously-sized windows installed on exterior walls to provide better natural light and ventilation. This led to the term of ‘daylight factories’.

Glorious Decay
100 years ago, the city of Detroit was the industrial center of the World. Automakers such as Ford, Chrysler or Packard attracted workers from all over the Globe, and Detroit reached a population peak of 1.8 million in 1950. On July 2013, the city of Detroit, Michigan, filed for the largest municipal bankruptcy filing in U.S. history by debt, estimated at $18-20 billion. Detroit’s population had declined (s. The New York Times) down to 700.000 people, living tens of thousands of abandoned buildings, vacant lots and unlit streets.

During postwar, the luxury automobile industry declined, and the company went out of business in 1958, closing the complex. Other companies continued using the premises for storage until the late 1990’s and later some buildings were used by businesses until 2010, when its last tenant, Chemical Processing, abandoned it after 52 years. Since then the plant has been a haven for graffiti artists (see Banksy’s), urban explorers (see Jason Lanier) and scrappers. Much of the wiring and other building materials have been scavenged and buildings have been disassembled. Most of the reinforced concrete structures remain intact and structurally sound, although portions of the upper floors of several various buildings have collapsed or partly demolished and lay in ruins in the wake of several aborted attempts at demolition over the years.

Due to tax delinquency, the 43 parcels composing the plant were put up for successive auctions in 2013. Texas-based physician presented the top bid, announcing that she would turn the site into an “economic engine”, refurbishing the plant grounds for a manufactured-house assembly facility, although the bid did not come to terms. Third bidder was Spanish investor and architect Fernando Palazuelo, representing Arte Express, who finally purchased the complex for less more than 1 dollar per sqm. With an estimated budget of 350 million dollars, he plans to develop the complex over the next 15 years, bringing 6 different uses into the Packard Plant Project: residential, retail, offices, art, recreation and light industry, (with one ‘big 3’ automotive parts manufacturer in exchange of free rent). The surrounding neighborhoods are primarily industrial, with decimated residential communities to the east. The site is zoned M4 – Intensive Industrial District, defined as “a district that will permit uses which are usually objectionable, and therefore, the district is rarely, if ever, located adjacent to residential districts” (Detroit Zoning Ordinance).

Phase 1. Administration Building Restoration
It includes the rehabilitation of the 4-story12.000 sqm. Building #10 to host available office space. The ground floor will have gallery and event space, plus a coffee shop and a restaurant. A new brewery at the old Sprawling plant will become the first occupied building on the site, animating visitors to take tours inside the plant. The bridge over East Grand Boulevard will also be renovated in this phase. In May 2017, a ground breaking ceremony was held for phase I, which aims to be completed by the end of 2020.

Phase II - Recreation
A recreational complex with a racing component would be situated across East Grand Boulevard from the Administration building.

Phase III - Artists and Restaurant
It includes the rehab of a five-story section of the plant into artist live-work spaces, an exhibition gallery and ground-floor restaurant.

Phase IV - Hostel, Techno and Euro Spa
Arte Express plans to partmer with Berlin techno club owner Dimitri Hegemann, to rehab a seven-story building next to Phase I and Phase III. Current plans call for a ground-floor music venue, a large hostel, another restaurant and a European-style spa on the top floor. There is interest in gaining a special nightlife designation to allow alcohol at the venue past Michigan's 2 a.m. last call. 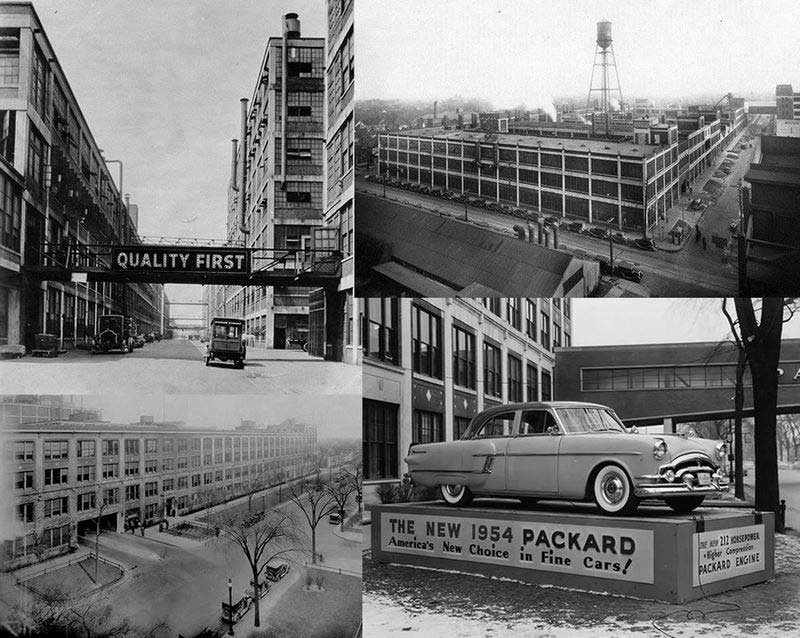 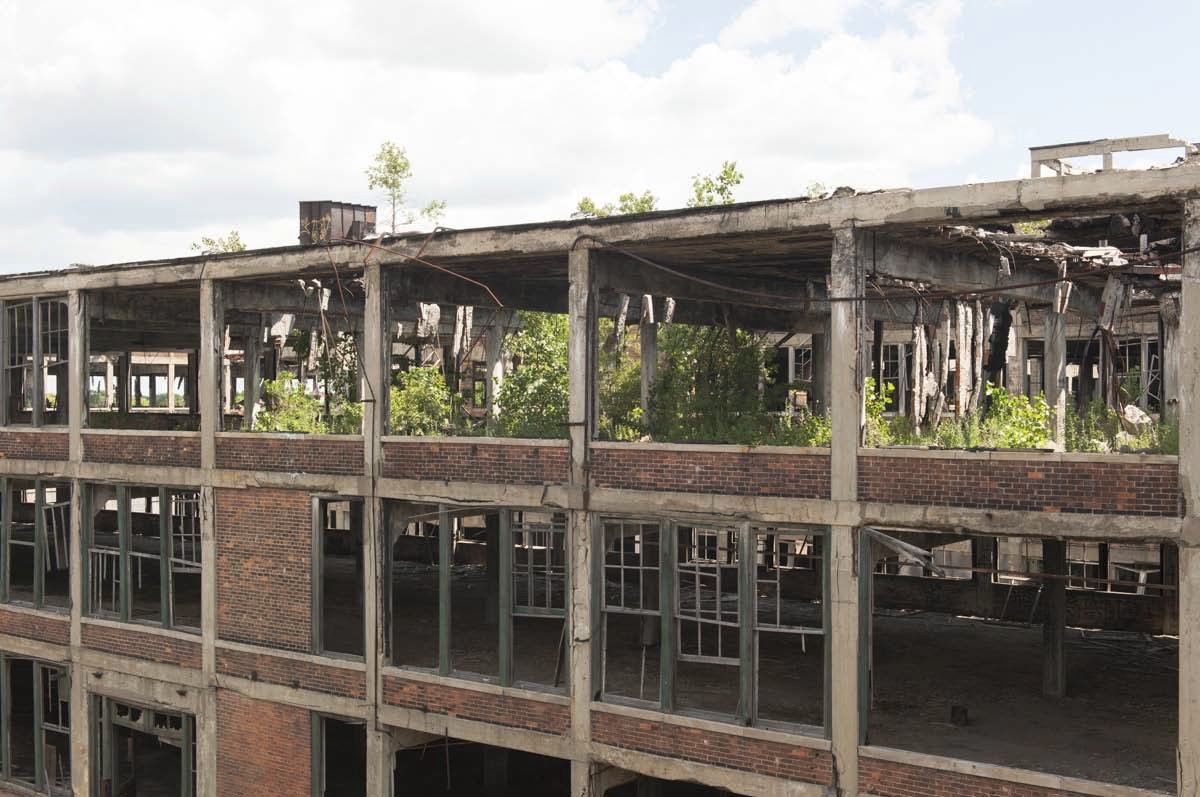 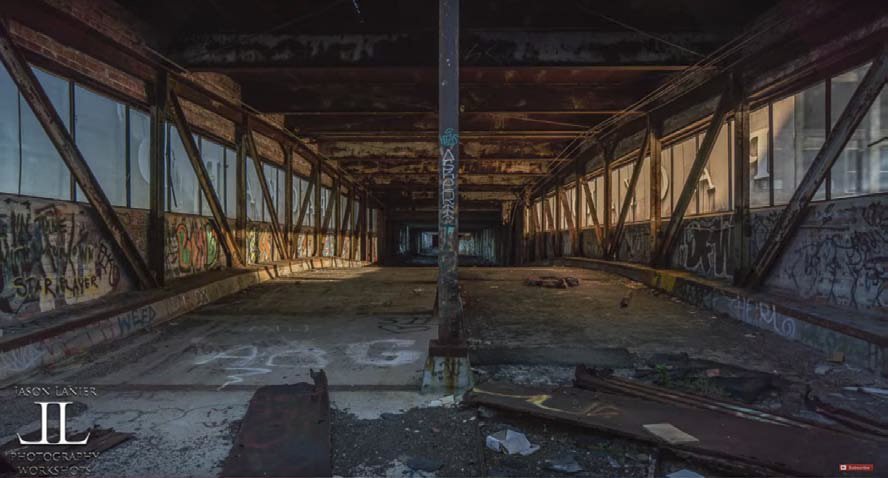 CASE STUDY
It is suggested that the students take a deep look to a particular Case Study, which might evoque some of the desired qualities for the required housing project.