Ignacio Borrego is Professor at the Technische Universität Berlin since 2016, after 14 years of docent activity at the Technical University of Architecture of Madrid (ETSAM-UPM).

He graduated in Madrid in 2000 receiving the Best Student Prize of that year, and the 1st National Prize for the best academic record in Spain, 2000. His doctoral thesis “Informed Matter”, directed by Federico Soriano, obtained in 2015 the X Arquia Tesis First Prize.

He founded the architectural office dosmasuno arquitectos with Néstor Montenegro and Lina Toro in 2003 and founded Ignacio Borrego Arquitectos in 2014. He has received 37 national and international prizes in architectural competitions and architectural awards, such as COAM Prize, AIT Award or A+ Prize.

Despite the guidelines drawn on the plots, places need to express their own personality, to arise naturally, to construct themselves. And concretely this one is aligned against a green area, against the concatenation of public spaces that link the old Carabanchel district with its forest through the new neighbourhood. In response to these conditions, the dwellings are compressed onto one edge, onto a single linear piece, in search for the genus loci of the place, views and an optimal orientation in which east and west share the south, generating the limit of the activity, soothing the interior and defining the exterior.

The dwellings are designed from an invariable core with a modulated addition which completes the requirements of the program. This fixed core is constructed attending to the surrounding views and sunlight, and its two main pieces, living and sleeping rooms, are stacked to the south limit, from which they are protected with a filter, relegating a services strip to the back side. Behind this strip, and like clouds drifting over the void, variations are introduced by the addition of programmatic pieces that form the dwellings of two and three bedrooms. The strict order achieved by the linear core is mathematically blurred into a shifting volume. Thus, the dwellings become “machines for living”, and they are designed as such, fitting surfaces and diminishing the transition areas of between rooms.

Its construction responds to a necessity of industrial optimization. Therefore, the structure of the main body is constructed in concrete from a single high accuracy aluminium cast. At the same time, the light steel structure modules that constitute the additional elements enable volumetric variations. This industrialized system facilitates the constructive process, avoiding rubbish and accelerating the implementation times. 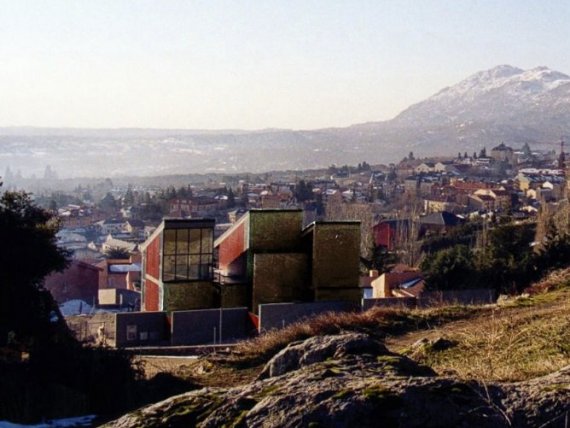 House and Atelier at El Escorial

On the Abantos mountain slope at El Escorial, facing south, appears the house and atelier for the artist Leandro Antolí.

Sleeping, eating, working and living. These four activities plus a phisical context shape four units. Each of them is folded in order to answer the surroundings, and the program.

That way, the resting zone becomes a very introverted space, contrasting the other three parts that are widely open to the outside. The painting space receives north light, and a flat view of the mountain, while the living spaces are open to the sun and the views of the valley that reaches Madrid city.

The four folded elements lean on a stone base that solves the contact with the strong slope, conecting the inside to the garden, and providing outside spaces.

A ventilated fassde built with fenolic wooden panels is used only in the parts where it is most necessary, and that is east and west fassades, against the most perpendicular sun. The roofs have, for the same reason, ventilated cover.

The project is, at the same time, caring about the outside factors such as sun and topography, and interior factors such as functional use and conections. The dinamic generation of the wrapping, the folding elements, is a way of understanding both aspects that operate each other, and are separated by a thin skin, that freezes in an agreement state between both parts. Function and context talking…

The project had to face two preliminary constraints: a surrounding area burdened by the aesthetic and cultural tradition of the Spanish row-house concept and, on the other hand, the plot’s exposure to solar radiation during the hottest months of the year.

Thus, we decided to search for a hideaway to this appalling landscape, offering a secluded space which features a range of atmospheres that emphasize life within the house -notwithstanding its surroundings- and, besides, for a strategy by means of which the desired climatic confort could be achieved in a passive and flexible way. These decisions resulted in an array of diversely qualified spaces that enable different life trends depending on the varying seasons’ climate.

The house can be described as a topographic volume, a plynth running along the plot emerging from level -0.90m, and perforated with three different types of inner courtyards, which provide the dwelling space with natural illumination and crossed ventilation. This new topography, made up of flat and pitched roofs, generates a continuous terrace which can be enjoyed in many ways. The only volume related to the street is a hovering prism, detached from the plynth, which works as an independent space and creates an interstitial porch below.

In a subsequent phase, the main volume and courtyards will be covered by a natural envelope, an ivy (Ampelopsis tricuspidata) pergola tangled in a simple-torsioned wire mesh, protecting the dwelling from the solar radiation. 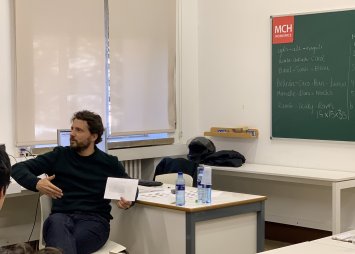 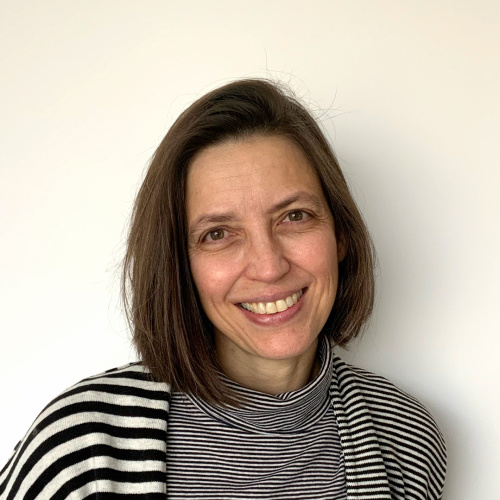