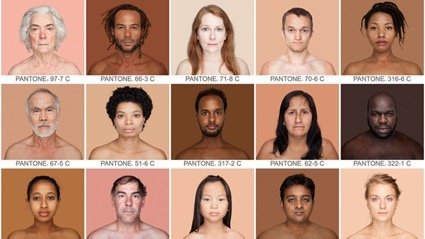 Living alone is a free choice; far from loneliness and neglect it may reflect the degree of progress of a society in relation to the exercise of individual freedom and ability of emancipation and autonomy. Most of the European population who lives alone at present consists of three homogeneous groups that correspond to emancipated young professionals, separated or divorced adults and senior widowers, mostly women. None of them  have a common way of life, nor have different needs from other users, but a specific form of establishing relations with a world that has qualified them as a state of emergency. They have become forced  to get adapted to their specific conditions and variously inhabit domestic spaces that mostly respond to past patterns, whose regulated organizations have the family as a reference.

Housing is no longer a space, but a mental time. The gender revolution in the sixties and later the emergence of the information society have contributed to dissolve the boundaries of the house. Domesticity has expanded the city through new micro_equipments and domestic time­space develops in the network, establishing new relationships with others and with objects, blurring the classic dualities of inside­outside, private­public, day _night and work­leisure.

Activities joined to the body care, the nutrition, the leisure, the work, sex and relationships of any kind are resolved indifferently both in urban environments or residential areas, physical or virtual ones, expanding and reducing the boundaries of the house up to the almost physical disappearance. The study and analysis of those who live by their own allows to incorporate all possible segment convivial groups and to map a variety of domesticities enough to define the foundations of contemporary living and to cast doubt on the validity of the last century bourgeois house, as an existing typology and model throughout the residential law.

Participants choose 19 people out of the photographed group, which includes an undefined number of lonely people. All of them decided to live alone, with specific spaces and spatial organisations. Their houses should consider the issues introduced by this text. They should be enhanced and extended, in this case, inside the building itself, even if it could seem contradictory.

The proposed plot has a 4 meters façade and a depth of 50 meters. It is allowed to build up to 20 meters height, which means a maximum volume of 4.000 m3.

The building can only get light from the two short sides and from the top.

The resulting units should be able to grow or decrease, to expand themselves or to be adapted, to generate shared spaces between them... to be able to be modified over time. This condition becomes essential for the proposals' development, their adaptability.