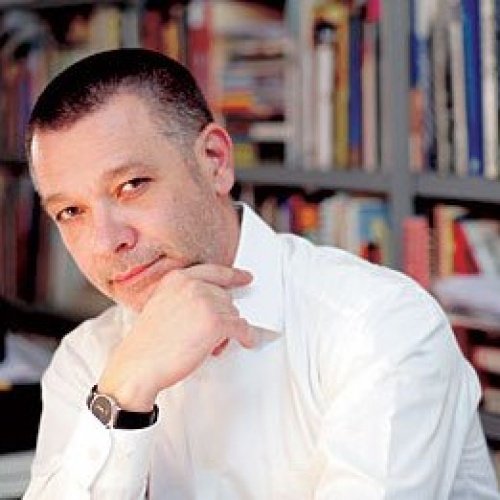 Hrvoje Njiriç, born in Zagreb in 1960 and graduated from the Architectural Faculty of the University of Zagreb (1986). Between 1979 and 1986 he went into a partnership with Helena Njiric in Zagreb and Graz. He has been Visiting Professor at the TU Graz, Austria, the AF Ljubljana, the Facolta di Architettura, Ferrara, Italy and at the ETSAM Madrid. He also was professor and head of the Institute for Architectural Typologies and Housing at the TU Graz (successor of Guenther Domenig).

Another attempt to interpret the urban rules in order to avoid "the urban villa" syndrome. In a peaceful scenery of the former village of Markusevec which grew over the years to become a part of the city, the Russian client asked for a middle-class residential settlement. The general urban layout respects the rooted paths leading to the center of the village. The housing units are accumulated along these lines. A public playground is set as the terminal point on the other end of the route. 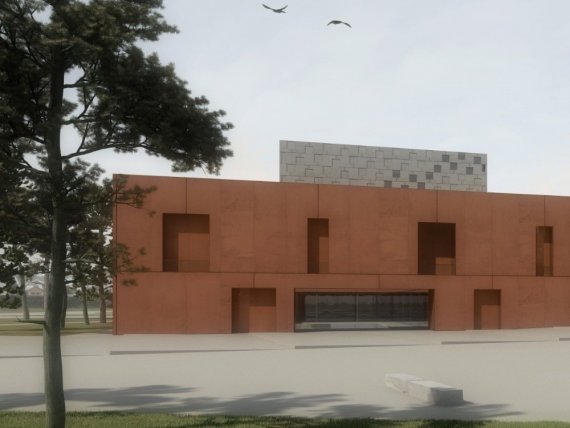 For njiric + arhitekti‘s library in Zadar, Croatia, the team worked with interpreting the local context as a “conflict of two matrices – the urban and suburban in the east to the west.” The new library emerges at the crossroads of these two different zones. With emphasis on the erosion of public space and an explosion of new technologies, the library becomes a series of environments with access to different activities. In this way, the library becomes a host for different purposes, for instance, “the library = market = hotel = shopping. ” The Mediterranean variant for the library is based on the density and the interdependencies between the university building, student hostels, major public buildings, and the diverse landscape structure. 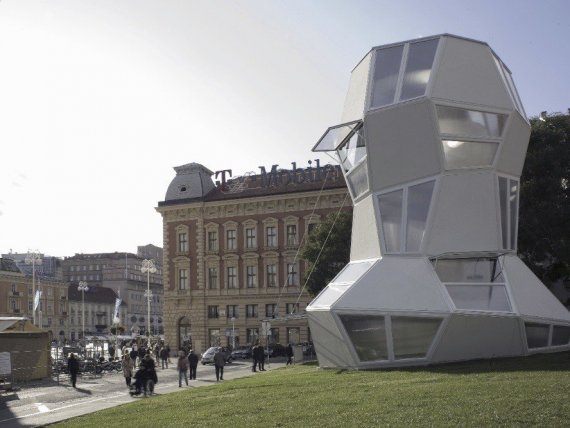 Hrvoje Njiric and Vedran Skopac’s pavilion proposal for this year’s Salon clearly seeks to critique contemporary material culture in Croatia. Being critical in a country without a clear target for criticism (who is really responsible?) and with little room for critical distance (the population of a medium sized city) is no easy task. To make matters worse, architecture is a difficult medium for social critique, requiring large investment as well as broad consensus even when the project simply seeks to solve a problem instead of articulating an argument. In the contemporary architectural discourse, skepticism as to the possibility of a critical architecture has grown into a theoretical position known as the Post Critical, at least a partial acceptance of the forces of capital and popular culture.

The discourse around the possibility of a critical architecture reached its peak around 1980, the year when Kenneth Frampton, in his work Modern Architecture: a Critical History, attempted to construct a historical framework for contemporary “critical” architecture. The book concluded with two possible critical positions: one the hand Mies’s beinahe nichts (almost nothing) a matter of fact approach that “the building task to the status of industrial design on an enormous scale” and on the other a new kind of vernacular, a “set of (architectural) relationships linking man to nature”, this concept eventually developing into Frampton’s theory of Critical Regionalism.

A Critical History and the subsequent proposals for a contemporary critical practice were based on an interpretation of the writings of Manfredo Tafuri, but Frampton glanced over one of Tafuri’s most interesting and least developed concepts the distinction between two forms of critical practice, the avant-garde and the experimental. For most historians and critics avant-garde practice was synonymous with notions of experimentation, but for Tafuri the two presented two distinct approaches, differing primarily in their practice and not in their product. For the purposes of defining a critical architecture, the avant-garde offers a method of direct critique, while the experimental only offers the possibility of framing a space of critique. The avant-garde’s critical message is possible because it is created in an autonomous space analogous to that of Fine Art production, outside of real time and politicized space. The experimental approach operates in real time and space, trading autonomy for agility.

Tafuri’s concept of experimental practice echoes the ideas of the Croatian archeologist and art historian Ljubo Karaman, who developed a theory of art practice on the periphery, as opposed to the center or province, where an artist lacks both limitations as well a support from various political, social, and economic institutions. The lacks of strong support as well as the lack of clear taboos in a peripheral context make critical avant-garde practice difficult if not impossible. Such a context also makes critical experimental practice difficult to distinguish from everyday opportunism.

The lack of a clear model for critical practice in this peripheral context is clear in a form provincialism commonly and benignly practiced in the association of various local projects with their seeming trans-local equivalents, located in cultural centers. Naming the project Zagreb’s Serpentine Pavilion follows the tradition of calling the Green Horseshoe Zagreb’s Ring or Novakova Ulica Zagreb’s Weissenhof. This tradition of naming local projects based on their cosmetic doppelgangers would be harmless except for one important problem: the projects are not simply different, they are diametrically opposite, particularly in terms of process and the value of these projects is precisely in the form of knowledge generated through that process, the knowledge of how one cans successfully operate in this peripheral context, producing ambitious results with minimal means.

The Serpentine Pavilion is first and foremost a display of architectural virtuosity and through that an affirmation of the society that supports and funds that display. The site of the Serpentine Pavilion is chosen by the organizers and the production and financing was assured by them. The difference between the Serpentine Pavilion and the Zagreb pavilion begins with the selection of the site by the architects as a way of affirming what they feel is a forgotten public space in the city, which they feel is the most important goal of the entire endeavor. The selection of a site, the financing of the project, as well as the pavilions manufacturing by a collection of small, nearly bankrupt but highly skilled workshops suggest a new kind of architectural practice, where each project functions as a kind of N.G.O. with the architect as manager, loosely directing a complicated network of collaborators.

The formal sensibility so far displayed in the production of the pavilion is a hybrid of two positions: that of a local strain the Modern Movement, with its desire for demonstrating the poetic possibilities of contemporary and vernacular (and not high-tech nor “authentic”) construction methods, and that of Contemporary Art, with its preference for critiquing contemporary material and visual culture by pushing certain market driven processes to their absurd but plausible extremes. An ideal example of the later can be illustrated by a work exhibited in last year’s Salon of Applied Art, when a young artist from Split proposed the construction of speculative office building in the “empty” public space of the Peristil. The critique could not have been clearer.

Modernist Architecture, particularly the local strain, was never comfortable with such direct attacks, preferring instead to provide alternatives instead of direct criticism, offering Architecture instead of Revolution. One of the clearest examples of this approach was the post-war single family housing of Stjepan Planic. Despite of the fact that Stef did not break any laws nor did he directly critique the regime, the social instead of Socialist, and self organizing instead of Self Managing nature, the entire endeavor was perceived as a threat by the authorities because of its ability to transform material culture, an unrealized goal of the Socialism.

The authors have drawn a parallel between their project and the 1920 Buster Keaton film One Week. In the film a jealous lover, “Handy Hank, the fellow she turned down”, jumbles the assembly instructions of a newly-wed couple’s prefabricated mail-order home. These eros-induced-errors transform the determinate and closed system into an open and indeterminate experiment, where the couple plays a significant role in the final outcome of their dream home. This comedy carries a critical subtext which reflects the unease of the American public towards the rationalization and systematization of the building trades during that time.

The ZG-pavillion 09 mimics the precarious state of the Keaton house, and through this form of oddly shaped windows and gravity defying structure, begs the question as to who is jumbling the instructions in Croatia and why? The pavilion’s mimicry of the Keaton house could go further than this critique of contemporary Croatian material culture. The do-it-yourself attitude of the Croatian public with its acceptance of new materials and constructive systems as opposed to new forms provides an opportunity for an architect willing to assume the role of a “Handy Hrvoje”; a designer willing to provide instructions for experimentation, rules for playing safe, an open source architecture. The next step in this line of architectural research is clear: Handy Hrvoje needs a pair of unsuspecting newlyweds. 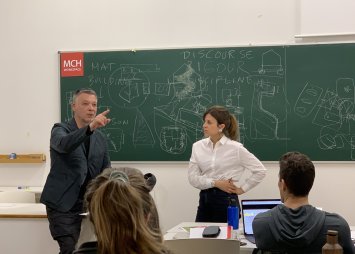