Fernando Nieto (37 years old), is a former student of the MCH (in 2006, the first year) and postdoctoral researcher of Emergent Design Methodologies at Aalto University, Department of Architecture, Finland. We interviewed him to learn more about his professional career after studying with us.

Why is it so important to studt Collective Housing?

Nowadays, I would consider it important to get a deep knowledge of a specific topic or subject, which can be used then as a basis or starting point for many different kinds of personal or professional initiatives, regardless of the path each one decides to follow. However, studying the MCH is very interesting not only for the expertise you acquire, but especially for the people you get to know and the possibilities for professional collaboration, both with colleagues and professors, which emerge during those few months.

What kind of job opportunities does the MCH offer?

There are many possibilities to develop your professional career after the MCH. In any case, nowadays, what you can offer as a professional is more important than the specific name or even type of company, architecture office or client you work for. So it is really significant to inquire what your strengths are and try to find out the (today hackneyed notion but nevertheless valid) issue of the know-how, which combines the abstract component of having knowledge with the practicality of being able to utilize it in the proper direction, in this case in the direction that lines up with your professional interests. That is the reason why the individual strategy and, along with it, the personal branding, have become crucial, almost essential for an architect, because from there you can point at and subsequently shoot in many different directions, either for a job position or a merely specific project you want to undertake.

What is your current job?

Since 2014, when I won a postdoc position through an international recruitment process, I’ve worked as a researcher and teacher of studio building design at the Department of Architecture at Aalto University in Finland.

Have you developed any projects with any other student or professor from the MCH?

The MCH was crucial in the very beginning of my professional career in 2006, mainly due to the people I got to know during my studies at ETSAM. It was very significant for me and I remember it with a special fondness, because it coincided in time with the first prize I got in an architectural competition, building a civic centre in Boecillo, Valladolid with two colleagues from that city, Chema Martínez and Inés Escudero, and which later would become my first realized work.
In 2007, I started my own architectural practice, b10+n architects, in collaboration with two colleagues I met at the MCH during the 2006 school year, Alfredo Diez and Marta Barrera. Among several projects and competitions, we developed and built a project for social housing for the City Council Housing Enterprise of Madrid (EMVS) in Madrid. In 2010, I had the opportunity to work with another former fellow from the MCH 2006 year, José Moragues. Together with Ricardo Paternina, we designed and built a library and socio-cultural centre in Jávea, Alicante, which was completed not so long ago.
In terms of MCH professors, I was pleased to have Professor Juan Herreros, who teaches at MCH, as the supervisor of my doctoral thesis on collective housing, which I defended at ETSAM in 2014. Furthermore, during the last year of my doctoral process, I did a study at ETH Zurich under the supervision of the MCH Professor Dietmar Eberle.
In addition to this, throughout the spring semester, 2016, I organized and was a teacher for a studio course related to the Aalto University campus development with the topic "Typological Hybridizations", in collaboration with Juan Herreros and his partner at Estudio Herreros Jens Richter. At present, we are also trying to establish a collaboration between the focus group where I am a member at Aalto University Department of Architecture, Group X, and GIVCO, the research group on collective housing at UPM, where some of the MCH professors are members, including one of its Directors, José María de Lapuerta, and the group's main researcher Carmen Espegel.

Tell us more about projects related to Collective Housing that you are working on.

At present, perhaps the projects most connected to MCH are related to my teaching activity, with the studio course previously mentioned held at Aalto University, the final review of which has now been held as part of Aalto Festival 2016, including a bunch of events and exhibitions showing the activities by students, graduates and faculty at Aalto University.
Another project I am involved with now is the so-called Human Cities project, an investigation with several European partners where our research group is representing Aalto University and Finland. The project's subtitle is "challenging the city scale", and it relates to the exploration of the possibilities for public spaces in cities to offer an actual urban activation at different levels and scales, by enhancing or boosting user experiences mainly through bottom-up initiatives, the co-creation processes of which are measured both quantitatively and qualitatively.
In addition, I would highlight a couple of projects and activities that are topical for me at present for several reasons. One is my publishing activity since 2009 through HipoTesis platform, which together with the issues we publish has recently been doubly awarded in the XIII Spanish Architecture and Urbanism Biennial Show, (BEAU), become a finalist at the FAD Awards 2016 and catalogued in arquia/próxima 2014-2015 by Fundación Arquia. For the latest year of this program for young architects, my activity as exhibition designer has also been included in the catalogue through the exhibition I designed in 2015 on Masters Theses done by architecture students at Aalto University, and shown in the main building by Alvar Aalto on Otaniemi campus. 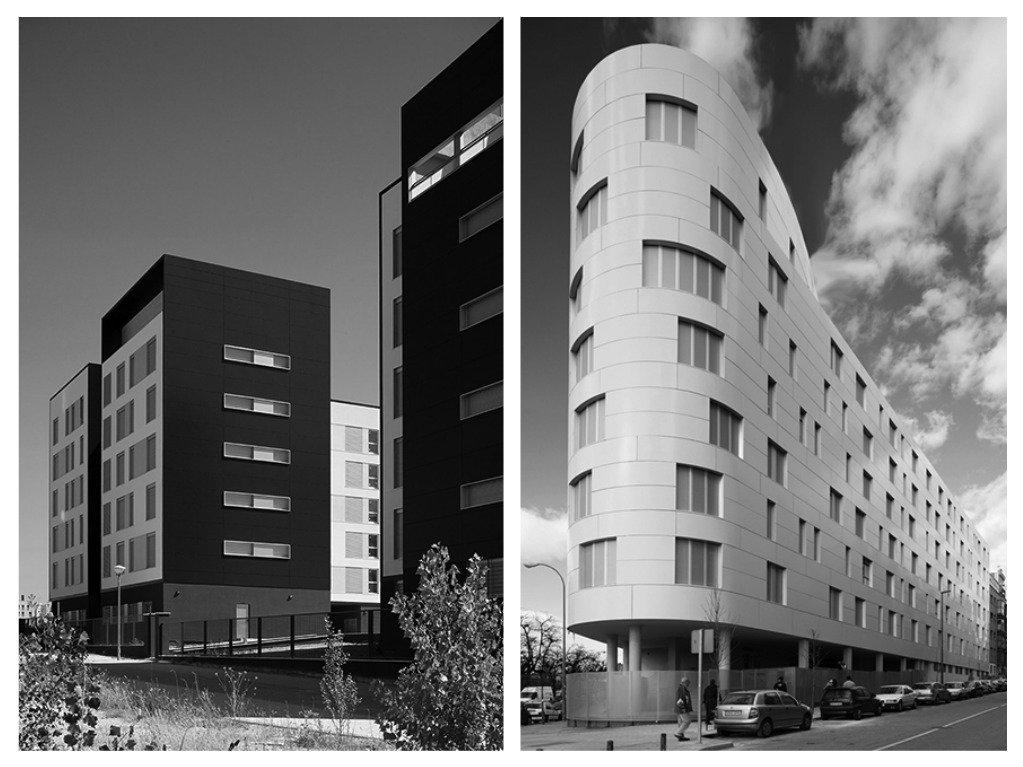 Architecture for children
Next news