Participatory urban planning is the future. It is based on alternative models of urban planning design and it claims the right of citizens to be part of the decision-making process regarding the morphology and uses of cities. Till now, that field was only managed by qualified technicians and public administrations.

The bases of this developing urban planning model and the reasons that are making participatory urban planning a new way of conceiving cities are further described just below.

What is participatory urban planning?

The city is the scenario where human beings settle. The different processes of evolution and most of its changes have been marked by the political, economic and social events of each period. These situations and circumstances have affected citizens, but also the configuration of cities themselves.

Participatory urbanism can be defined as where political authorities and citizens jointly decide how to adapt and improve the city's neighborhoods. The new dynamics of citizens, the envolving type of use make of cities and the environments in which they prefer to move around, are generating the need of this new planning method.

For years, the focus was on the need to integrate vehicles in the cities, even remodeling streets to facilitate  transit. Today, this is no longer the main goal, and the trend is the opposite: to create a city model by citizens,  for citizens.

The characteristics of participatory urbanism arise from a series of initiatives in which citizens acquire an active role in the configuration of the city through changes in the organization of urban spaces.

This concept refers to citizen's participation in urban design. These participations are sometimes spontaneous and arise from the need to transform common urban spaces. They are actions that propose bottom-up urbanism, looking at cities with its inhabitants as key stakeholders, attending to the social layer.

We mention the subject of social demands because some of the initiatives regarding the urban configuration of cities arise from the citizen's complaints. As they are the directly affected or beneficiaries of the changes suffered by their environment, there is a clear need for them to intervene in the processes of change.

In this context, we can also mention that there has been a significant "citizen awakening" in recent years, in which citizen's disagreements with the environment and the political-economic management of the city's resources have become evident.

The use of new information and communication technologies is essential for this kind of citizen participation. They help citizens to give their feedback more quickly, easily and without cost. Through them, it is also easier to disseminate and broaden the scope of those consultations.

A few years ago all these concepts were in the air, while today we can affirm that the digital tools have materialised them and there are already some examples in which participatory urbanism has become true.

This is the first large-scale project in Spain to be carried out in collaboration with citizens. In 2015, Manuela Carmena, Mayor of Madrid, gave registered citizens over 16 years of age the opportunity to participate and give their opinion about the future improvement works in the area. An Ideas Competition was held, from which five projects emerged. Only three of them remained after the  two others were discarded by qualified technicians.

The winning project, was selected for the increase of trees inthe area, it provides more pedestrian zones and gives the value to the connection with Gran Vía were valued.

Another project that we can use as an example of participatory urban planning is the one that arose in 1999 in the Trinitat Nova neighbourhood as a result of the poor conditions of the neighbourhood, affected by problems of aluminosis.

Neighbours actively participated in the urban plans, defining the neighbourhood they wanted to have: an eco-neighbourhood based on urban sustainability.

Other countries in the world have begun to incorporate these processes much earlier than Spain. They are characteristic of the most advanced democracies. 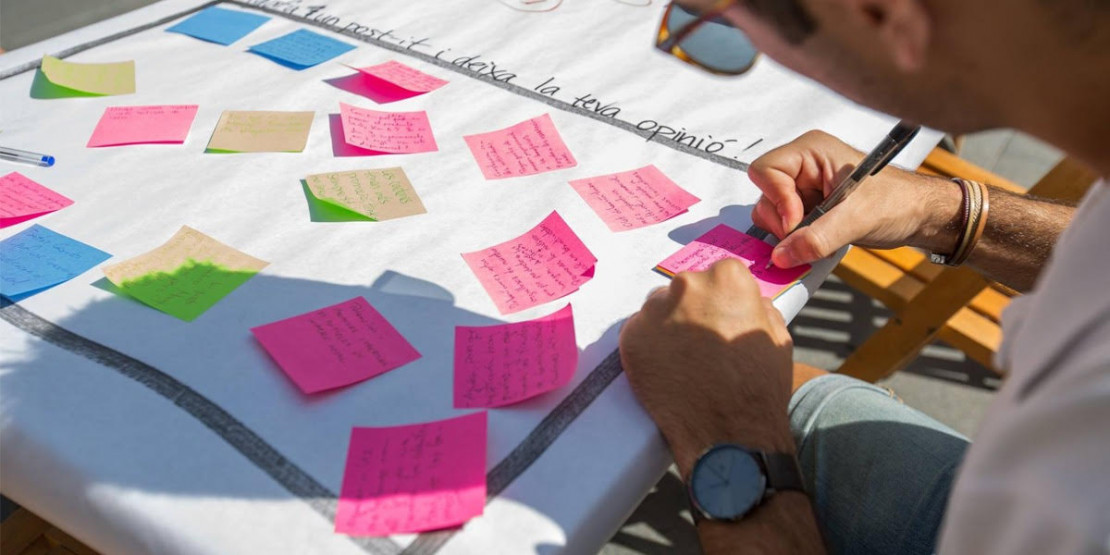 In conclusion, participatory urban planning involves great opportunities and also some risks, so it is a real challenge for administrations and for citizens. Administrations are forced to take on a new role and feel the obligation to relate to citizens, and citizens are committed to adapting the tools to all audiences and achieving optimal representation of all city dwellers in decisions on urban spaces.

The Master of Advance Studies in Collective Housing, MCH, is a postgraduate full-time international professional program of advanced architecture design in cities and housing presented by Universidad Politécnica of Madrid (UPM) and Swiss Federal Institute of Technology (ETH).
The next edition of the MAS in Collective Housing will start on March 1st 2021. The application period is still opened, and it will remain so till 10.02.2021 or until the last vacancy is covered. Last days to apply!
LAST POSTS