Carlos Arroyo PhD is the principal of Carlos Arroyo Architects, a Madrid-based firm currently building in Spain, Belgium, France, UK, Germany and Rwanda, with award-winning works that innovate on sustainable development and construction, landscape management, and new forms of housing. He has produced the first Cradle to Cradle building in France (MdP la Lainiere), the first 6-Green Star certified building design in tropical Africa, (Nobelia office tower) and the first fully transparent government building in Belgium (OostCampus). His work has been featured in major exhibitions like Venice Biennale (8th 14th 16th), Centre Pompidou, Triennale di Milano or Seul’s Dongdaemun Design Plaza, and published worldwide. He has been a guest professor and lecturer at many universities and institutes all over the world including Princeton SOA, Boston MIT, Berlin TU, Bauhaus, Politecnico di Milano, Paris ENSAPLV and Tokyo University. He currently teaches at the Universidad Europea de Madrid, where he is Academic Curator of the Master in Architecture.

OostCampus is the seat of civic, administrative and social services of an area in the heart of the countryside around Bruges (Brugse Ommeland), a beautiful landscape outlined by rows of trees and canals, and punctuated by residential castles built along the centuries by wealthy merchants from neighboring Flemish town, and enriched with discrete industrial parks with high end technology companies like Siemens, Tyco, Entropia Digital, or EADS.

In 1977 four municipalities were grouped, Oostkamp, Hertsberge, Waardamme and Ruddervoorde, as a result of a national law that eliminated more than 300 municipalities across Belgium. They regrouped services, but the resulting facilities were scattered in various municipal buildings.

In 2006, the City acquired a 4 hectares plot of land with Coca-Cola facilities built in 1992, which had become obsolete. The plot, located 5 minutes walk from the centre of Oostkamp, ​​10 minutes by bike from the other nuclei, and near the exit of Highway E-40, offered the opportunity to regroup municipal services, optimizing synergies and building a common image.

The reuse of the existing is a basic criterion of sustainability. The "gray energy" (energy used for the production of something) is often discarded or simply ignored. If we demolish an existing structure and build again, we will use more energy and resources than the most efficient of buildings can of save in its life span.

To transform the vast industrial hall - with minimal footprint but maximum spatial result - Arroyo designs a sheltered interior public space, wrapped in a “luminous landscape of white clouds". Thin shells of GRG (gypsum and fibre) span the large space like huge soap bubbles. They are only 7 mm thick.

Within this landscape, a set of modular clusters provides the administrative services and spaces, designed to facilitate the relationship between citizens and administration. Citizen participation in the process is one of the key issues. Also transparency: the chamber hall is in full sight in the middle of public space, the information is accessible, you can even you visualize the municipal website ... and physically enter it and talk to the person who is behind!

The materials are simple and inexpensive, but are selected and used in such a way that we want to go and touch them. Some elements are finished with a felt made from recycled bottles (PET); simple boards are CNC carved to become sophisticated 3D damascene; the floor is the existing industrial warehouse poli-concrete, with its lines of storage, on which the new signage is superimposed. The acoustics are carefully worked out, and so is the smell!

Thermal comfort is achieved with minimum effort, thanks to the technique of the "thermal onion" which optimizes climate areas according to levels of access, and making use of the thermal inertia of the concrete slab.

The price per square meter building is one-third of the usual for comparable buildings.

OostCampus opened on June 15, 2012. Implementation of sustainability criteria with spectacular results has led to criticism to define the work of Carlos Arroyo as "lush sustainability."

After the closure of the factory complexes of Roubaix, the city of Lille decides to implement an urban regeneration plan for an area of ​​approximately 1000 ha that is plan to be completed in 10 years.

The MdP is the first C2Ci building (Cradle to Cradle inspired) built in France. Temporality was a fundamental factor in the gestation of the project. The short execution time period given required the use of prefabricated elements in factory in order to allow a quick assembly on site. According to the philosophy of the project and the masterplan, the building must be able to be completely disassembled / recycled in 10 years later.

In consonance with the principles of C2C, the building was constructed without any earthworks movement. Also, the foundation is made with driven piles which allows to be recovered in the future. Moreover, the structure and façade allows the complete disassembly and reuse as most of the materials are biodegradable and / or recyclable. Besides, sanitation systems eliminates the generation of waste, the building feeds with clean energies, etc.

Last, the building aims to be the seed capable of solving the problems of the area. The building as an environmental regenerator but also as an economic and cultural activator of the place.

The building is constructed with a honeycomb shape structure whose backlit facade reminds of the old factory buildings. This structure generates two clearly different types of spaces: the cell of the bottom area of the façade that contains rigid programs such as offices, bathrooms, kitchen, etc. the upper cell that acts as warehouses, facilities rooms etc. On the other hand, located behind the cell, there is a large Hall that allows the accommodation of almost any type of activity as the uses can be easily changed and customize due to the design of mobile furniture: A large staircase, a series of tubular lamps, a portable office that gives the space electricity and lighting, an inflatable structure that unfolds in a few minutes, a kitchen with wheels or a wardrobe.

The configuration of the building generated by the structure eases the heating system establishing different degrees of thermal comfort. For example, one of the upper cells has a pellet hopper that feeds the boiler, the smaller cells are heated by the boiler and the large hall accumulates heat in winter. The polycarbonate roof of the hall is used as a greenhouse in winter while in summer there is cross ventilation due to the system of gates located in the facade. In addition, part of the energy of the building comes from the photovoltaic panels of the facade.

The main facade of the building that is made with louvers which protects the building from direct insolation coming from the south, is interrupted by 3 large black chimneys. These chimneys are in reality 3 dry toilets which eliminates the use of water of the sanitation system of the building, generating a composting cycle. The black chimneys heated by the sun, helps to the evaporation of waste liquid through the turbine located on the upper side part of the chimney. These façade elements are the evidence of the building's commitment with the environment, generating a sort of eco-monuments.

At the same time, the building is equipped with a rainwater harvesting system located in one of the upper cells of the building. The system consists of two recycled tanks and a filter. In case of water excess, the remaining water drains to an artificial lake next to the building. The water, after being filtered, is used for maintenance and gardening.

The west part of the Dutch speaking belt around Brussels has an informal cultural capital in Dilbeek, home of the Westrand Cultural Centre and its various facilities. The Academie MWD reinforces this polarity, offering education in music, theatre and dance, as well as an auditorium-theatre.

The new building is located in the centre of Dilbeek, in a difficult context with a variety of contrasting situations: south, the main square (Gemeenteplein) with the City Hall and local restaurants; west, CC Westrand, with its monumental volumes designed by A. Hoppenbrouwers at the height of Brutalism; north, Wolfsputten, a protected area of natural forest; and east, a compact group of suburban villas with pitched roofs following the archetypal image of the farm.

The question was how to harmonize the different situations, and at the same time produce a building with a quality of its own.

First, with the volume. The new building is a soft transition between the scale of the houses and the imposing presence of CC Westrand.

Then form. The gables along the street reflect the houses on the other side, but then become a great cantilever that looks CC Westrand face to face.

Thirdly, with function. The only entrance is on the side of Westrand. Nothing happens in the other perimeters, being either domestic or natural. It is only on the side facing the cultural centre, where the auditorium rises from the ground, creating a covered public space leading to the academy entrance.

Alfons Hoppenbrouwers, architect of CC Westrand, was a colour expert. He spent much of its time painting, and in fact, the facade of the new building, as you walk towards that of Hoppenbrouwers is based on one of his paintings. His two-dimensional work is a combination of mathematics and colour. Lines, measure, proportion, geometry, rhythms, colour and texture. Those are also the ingredients of the music, and in fact several of his paintings are interpretations of musical pieces, e.g. the one that composes the elevation of the Academie. It is the Canon for 36 voices by the 15th century Flemish polyphonist Johannes Ockeghem.

The rest of the elevations reproduce the same rhythms, but in metal panels with different finishing textures, reflecting the sky and the forest. 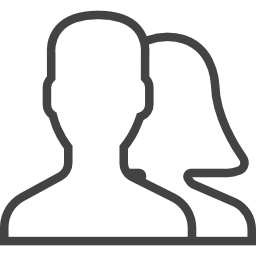