Víctor López Cotelo (Madrid, 1947) graduated from the Madrid Technical School of Architecture (ETSAM) in 1969. He worked in Munich from 1970 to 1972, after which he collaborated with Alejandro de la Sota until 1979. He has since worked as an independent professional. He lectured in the ETSAM Projects Department from 1982 to 1986. He was visiting lecturer in Projects at the Munich Technical School of Architecture (TUM) in 1993, being appointed as Projects Professor at the same school in 1995. He has been invited to give seminars and speeches at several European schools of architecture. He is correspondent member of the Bavarian Academy of Fine Arts and member of the Berlin Academy of Arts.

His work has been the subject of several exhibitions and publications and has won several national and international prizes and distinctions.

His professional activity has been completed with participation in many juries, seminars, lectures and competitions in both Spain and abroad.

The purpose of this action by Víctor López Cotelo is therefore to articulate both parts of the city of Santiago de Compostela by means of a singular intervention that resolves the continuity between two areas of very different value: The Park of Santo Domingo de Bonaval, as a consubstantial part of the Historic City, and the areas of subsequent growth, the product of a formal urban development and without any vocation. For this reason the new constructions must configure a new situation that suture the constructions of the sixties with the routes and historical elements although without renouncing to the means that give expression to our time.

López Cotelo completes the structure of the existing streets, the Rúa de Teo and Travesera do Escultor Asorey, with collective housing buildings reinforcing their linear character, and has the construction of terraced housing integrating it in the system of small constructions that marked the Ruela da Caramoniña on one side. However, this is conditioned to the preservation of the character of the place without creating a barrier built around the Park or changing the scale and environmental value of the Ruela. These considerations demand that the profile of the buildings with respect to the Park and the Ruela be reduced to the maximum without, on the other hand, neglecting the requirements demanded by its relative position in order to be able to suture itself with the adjacent elements. In addition, these buildings must be constructed in such a way that they do not break the transverse continuity of the green space which, jumping over the Ruela, extends the Park beyond its walls. The new constructions in their desire not to be an obstacle voluntarily renounce to be covered with "roofs".

It is also important to resolve the sack background of the Travesera do Escultor Asorey and to achieve the transition from the scale and quality of the historic city to that of the buildings of the sixties.

The buildings that prolong the streets, once their articulation with the existing building has been resolved by means of a transition volume and a caesura, recede with respect to their alignment and sink with respect to the street level, in turn favouring the distant view of the Park. This measure makes the street space reach the category of "public space". By this means, the presence of the building from La Ruela is strongly reduced. These two bodies have a stony enclosure, material of the historic city, with large wooden lattices towards the street, glazed and open towards the city and as a fusion of both systems a large viewpoint towards the Park. Exception to all this is the small body that finishes off the interior side of the Travesera do Escultor Asorey. In this case, due to its small dimensions, the new building is submitted to the profile of the adjacent ones and assumes in part its materiality. Its façade is made of painted brick although it incorporates the viewpoint as a common element with the previous ones. However, although volumetrically integrated, this is the true centre of gravity of the intervention. This is where the pedestrian and wheeled access to the complex is located. This condition is noted by means of elements that highlight its "presence": the large portal and its main façade highlighted by a "giant order" lattice in Falun red.

Above the basement, the lower floor of which is closed with a stone wall, the glazed bodies grow.

Parallel to the Park's wall is a two-storey staggered building whose lower floor is closed with a stone wall that preserves the layout, materiality and character of the one that formed the Ruela. Above this basement grow glazed bodies that open onto terraces covered by vine training of the same characteristics as the facades of the high bodies. These glazed volumes, due to their retreat from the stone wall, are hardly noticeable from the narrow Ruela or from the Park. The body located on the first step is dedicated to communal use.

The determining point of this intervention is the junction of the Travesera do Escultor Asorey and La Ruela. Here structural considerations of the urban fabric are concentrated, such as the creation of a new pedestrian access route to the city centre, and matters proper to the historic city in relation to the scale, layout and architectural design contemplating the temporal dimension of this urban suture operation.

University of Architecture of Granada

The old hospital building occupies an area of 13,785 m2 and the action has been designed to adapt this structure for university use. It has been necessary to structure and clarify the structure, as well as the study of a circulation system suitable for the new use, so that the different stages of history find their way of expression creating an integration of the whole.Three types of intervention have been carried out in the reconversion of the old Military Hospital for the new Higher Technical School of Architecture:Restoration interventions: these works are located in the area of the old rooms of the "Casa del Almirante" dating from the 16th century. The façades have been preserved in their entirety, as well as the area of the folded courtyard with its arcades, the halls with the decorations of Mudejar pottery and coffered ceilings and the Baroque chapel with its small façade.

Intervention of reform: These works affect the area of pavilions dating from the nineteenth century. This structure of pavilions has been intervened conserving the facades and replacing structural areas that were deteriorated or inadequate to change of use.

Intervention of new work: A new Aula Magna has been built below ground level in the largest courtyard. 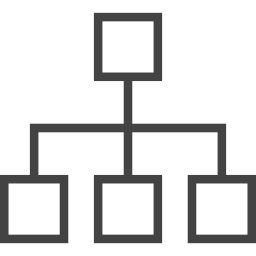